I’m so proud to announce that my fifth book is now available! Secrets Among the Cedars is book two in my Intertwined series. It’s written as a stand-alone though, so don’t worry if you haven’t read Song of the Meadowlark yet. But good news: Song of the Meadowlark will be FREE on Kindle from October 23rd to 25th, so you’ll have a chance to read it! Here’s a little bit about Secrets Among the Cedars… 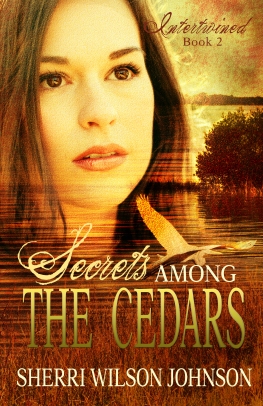 Some secrets are better left buried…or are they?

Kathryn Bellamy is the Assistant D.A. for Perkins County, Georgia. After detectives fail to retrieve a missing murder weapon, she travels to Cedar Key, Florida to find it herself. She finds more than she ever bargained for when she meets Phil Tagliaferro, a former defense attorney.

Phil is drawn to help Kathryn when he learns she’s receiving threats—until he finds out their pasts are connected and his association with her could mean death for them both. Kathryn won’t leave Cedar Key until she has unearthed the secrets…and the murder weapon, but she can’t do that without Phil.

Secrets Among the Cedars brings two people from opposite sides of a case together with one goal in mind: Justice. What else will they find in the process?