Today is my one year anniversary as an indie author. I can’t believe it’s been a year already since I stepped out into the self-publishing waters. Talk about stepping out of the boat and into faith!

September 8th is my deceased mother’s birthday, so I decided last year to let my first Indie release be on that special day in honor of her. 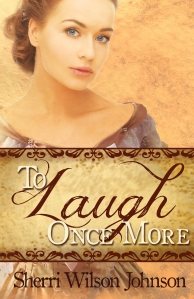 I released To Laugh Once More which is book two in my historical series, Hope of the South.

In December of 2014, I re-released To Dance Once More, book one in the series. I had regained my rights from my publisher, revised the book, and republished.

Then in May of this year, I released book three When Love Must Wait.

In July, I rereleased my first contemporary story, Song of the Meadowlark, book one in my Intertwined series. Upon its release, I felt a surge of satisfaction. I’d completed my journey from traditionally published to Indie, and it had been quite the journey.

So what’s ahead in the future?

Coming up here soon I will release book two in the contemporary series entitled Secrets Among the Cedars. I have a few ideas for book three percolating in my head, and I hope also to submit some proposals to traditional publishers through my literary agent.

This has been a crazy whirlwind of a year releasing this many books in such a short time. I can promise you I won’t be releasing that many books over the course of the next year.

I have learned a lot this year about writing, editing and marketing. I’ve made mistakes and learned from them. I’ve taken some risks, and I’ve reaped the rewards for those risks.