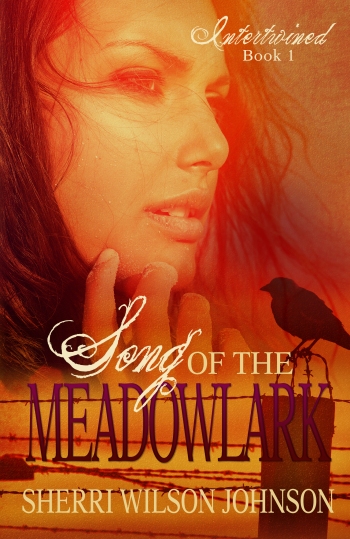 Song of the Meadowlark is Book One in my Intertwined Series. It’s a contemporary inspirational romance with a splash of suspense set on a South Georgia ranch complete with an ornery cowboy. If you’ve been following my writing career for several years, you may recognize this title and may remember that this book has been published for a while. Song of the Meadowlark was originally published by a traditional publisher in 2012 but I recently gained my rights back and am now re-releasing it with lots of updates, better writing, and a brand new exciting cover.

Song of the Meadowlark is available for pre-order through Kindle now and will release on the 11th. Go ahead and order now! The print version should be available in a few days.

Please check it out on Amazon Kindle!

Psalm 91:4: He will cover you with his feathers,  and under his wings you will find refuge;  his faithfulness will be your shield and rampart.

Song of the Meadowlark synopsis:

All she wanted was to move on with her life…

Shamed by the uncovered truth about her missing husband’s secret life, Cora Buchanan sets out for home to mend her broken relationship with her parents. Her car breaks down in a small Georgia town, where women are going missing and being murdered. Cora seeks temporary refuge at the Southern Hope Ranch and is embraced by all except for Rex, a rugged widower who wants to protect his daughter from another loss. Cora couldn’t have predicted that being stranded would set in motion a series of life-changing events not only for her but for everyone she meets nor could she have known the significance of the song of the meadowlark.

4 thoughts on “Song of the Meadowlark now available for pre-order! #amreading”