Psalm 139:14 says, “I praise you because I am fearfully and wonderfully made; your works are wonderful, I know that full well.” (NIV)

We know from scripture that we are knitted together in our mother’s wombs and that we are uniquely created.

Now it’s true that some of us share the same skin color and the same eye color and that there are only so many natural hair colors. But beyond that, we are unique. Some of us have crooked noses, one eye larger than the other, eyes close together or too far apart. A silly grin. Dimples in our cheeks. Long necks or no necks. Earlobes that are attached or earlobes that aren’t. Luxurious hair. Flat hair. No hair at all. Freckles or no distinguishing marks. Some women have the body shape of Marilyn Monroe. Others look like Twiggy. Some men look like NFL players. Others like Mr. Bean. Even twins who are identical have differences.

(Some of my favorite fellas in the world. Twins born a year ago who doctors said they’d never survive. Isn’t God awesome? Photo credit: http://houseofapo.wordpress.com/)

No matter what our differences and whether or not we see them as assets or flaws, God created us with a loving hand and He likes us just as we are!

We see examples of uniqueness in the animal kingdom, as well.

Look at the tiger (my favorite animal). He has a brilliant orange coat and gorgeous markings.

Now look at the tiger butterfly. It has the same color and markings as the tiger above but it is not the same animal at all. One can eat you. One cannot. 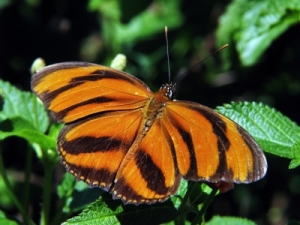 And while all tiger butterflies may be marked the same, the tiger is not. Each tiger has different markings. 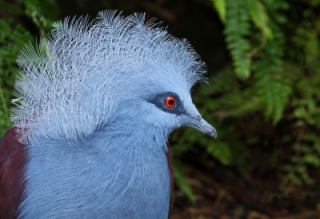 While tigers have stripes, many animals have spots. But even among spotted animals, there are differences. Like the type of animal itself. Here’s a deer and a cheetah. Both have spots but are clearly not the same animal!

So what is my point?

If God created us uniquely and he created animals uniquely, shouldn’t we create our manuscripts uniquely? Shouldn’t our stories have something unusual about them that makes them “pop”? To stand out? To leap from the slush pile? If as we write, we think about what is different about this story than any other story out there, we just might find that one diamond that stands out among all the lumps of coal. That pearl hidden in an oyster.  If we approach our writing as an offering to God, giving back to Him what He has given to us, then might we stumble upon a hidden treasure that’s been waiting to be found for ages?