From the back cover:

Inheriting her estranged father’s property isn’t the reason Robyn Warner wanted to come back to Pine Hollow. She thought she’d make amends with her father—but his sudden death made that impossible. And when she learns the identity of the handyman fixing the run-down cabins, Robyn is ready to flee Pine Hollow again. Caleb Sloane, the cop responsible for her father’s accident, just wants to uphold his promise and then return to the force. But he can’t seem to walk away. After all, he understands about guilt and regret. And he’ll do everything he can to help Robyn find healing, happiness and—just maybe—a lifetime of love. 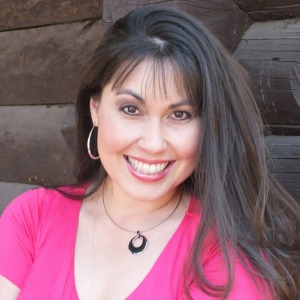 This book is not just a feel good romance. It deals with a lot of issues we are all familiar with: guilt, regret, forgiveness, loneliness, and starting over. Georgiana unwraps the truth of what’s caused the hurts in Robin Warner’s life layer by layer. She leaves you wondering if these issues will ever be resolved. Caleb Sloane has major issues of his own and when Robin begins to share with him details of her life, he pulls away from her because of his own guilty feelings. It’s a classic scenario but not as predictable as you might think. Georgiana knows how to weave a tale. She writes believable characters and her settings are great! I was hanging on until the very end not 100% sure it was going to end the way I hoped it would. I recommend this story!

Georgiana is a fellow homeschooling mom and member of the ACFW.

I received a complimentary copy of this book from Georgiana Daniels in exchange for my honest opinion.